No, this isn’t adoption related, but it’s still super exciting! I posted my very first Kickstarter campaign to raise the money to start my knitting business.

And I am beyond excited about it.

I’ve limited all the handknit rewards as I would love love love to get them posted to all the backers by the first week in December for gifts (even gifts to yourself!)

Even if you can’t or don’t want to support it, can you please spread the word?

Our shorturl for sharing is tiny.cc/sheep2skein

I can finally count the number of days until our orientation on my fingers. And not use any twice!

10 glorious days until this adoption process becomes a reality.

Every time I tell someone at work that we’re adopting, they’re so happy and excited for us. It’s amazing to see/ hear the different responses and reactions that I’m getting. Also, I love hearing the “I’m adopted” stories from friends. It’s so heartwarming to know that we aren’t alone in this journey.

I was in a different Barnes & Noble tonight buying some awesome books for our 11year old cousin and asked the sales folks where the adoption books were. They had three. I asked where the grandparents books were. They had one. Ugh. Really? I was considering getting a book and giving it to my parents at their anniversary dinner – 42! – as an opening to discuss our adoption plans. However, the lack of books postponed it yet again. Maybe I’m just not looking forward to hearing that we should just “have our own babies” again. Even if I could get pregnant, we would still be adopting. 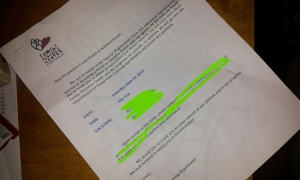 (If you’re so inclined to read it, clicking makes it much larger)

This arrived sometime in the last week while we were out of town.

It’s our official invitation to the orientation for foster or adoptive parents.

Thank Ood that it arrived. Now I can cancel the original one on the 20th with the agency that didn’t want to work with us. At. All.

Leave it to me to be all gung ho about starting the adoption blog then no post for 2 weeks. What on earth happened?

The Miami-Dade foster agencies happened. I scoured their websites and called and emailed all 5 agencies. I tried to find someone that would speak to me. Tried to find an agency that was willing to register us for their PRIDE classes. My emails were rejected, sent out of office notifications, and forwarded on to others. My voicemails went unreturned.

Nothing. Well, nothing substantial.

So I gave up. Ok, we can’t start classes until October with CHS? Fine. I tried everything including guilt to get them to let us into the sooner classes since their staff screwed up. Nothing except attitude.

I posted to the Our Kids Facebook page asking questions and got a phone number of a gentleman to call. He was not only helpful, but gave me additional names. But still no classes.

I was getting more and more frustrated with the system down here. After all, we have been actively trying to get information on adopting for 6 weeks. My friend in Orlando contacted an agency after us and was given so much information so quickly that I felt even more disenchanted by the system. (She and her husband have their orientation next week- yay!)

Finally… FINALLY… on Tuesday I got an email from FRC with attachments and a note saying their orientation is June 29th and the classes begin in July. And could we please fill out the forms and get them back to her. I had literally just been ranting to Steve about the horrible system in place and no one wanting to help us adopt and get some kids out of the system. Do they not want kids in safe and permanent homes? What is going on here??

I took Lola outside, popped open my Gmail app and starting freaking out. Right there was an email, sent after hours, from a woman at FRC with the blessed information. I scanned through the attachments and raced back inside to tell him that we finally had good news.

The next day I filled out the paperwork and him to sign it. Yesterday I faxed it back to her. She replied stating that their Orientation class is June 29th and the 10-week PRIDE classes begin on July 16th from 6-9pm. That means they end the day after my birthday. BEST BIRTHDAY EVER!

Referring to my post on the steps to adoption, we should be doing our first Home Visit during the week of August 4th. The second would be in mid-September. We feasibly could have a child (children) in our home by Christmas. That prospect makes me want to rush out and start Christmas shopping!

But also, it means we need to seriously ramp up the apartment hunting and cleaning out the guest bedroom.

Next year I will be celebrating Mother’s Day with my own child. *shivers*

How quickly will you guys have your little one?

To which I responded and also thought.. what a great blog post!

This is the timeline that we’re working with at the moment:

There are hundred of thousands of children in US foster care. Roughly 40% of them are legally free and available for adoption. The term “special needs” refers to children due to specific factors or conditions such as being over 8, having a particular racial or ethnic background, being part of a sibling group needing to be placed together, medical conditions, and physical, mental, or emotional handicaps.

Now, why do I keep saying “him/her/them” – we have not fully decided boy or girl or one of each. If we can move into a 3-4 bedroom home, we can open our home and lives up to more children. 2 is our max sibling group size at the moment. I do still want a boy and a girl, but we’ve been told that they need their own rooms. So, master, boy room, girl room, office = 4 bedrooms. Unless we can find a super huge master bedroom or a closet-less den to use for an office, we can go to a 3 bedroom.

Anyone know of 3-4 bedroom 2-3 bathroom homes in the Palmetto Bay/ Cutler Bay, West Kendall area for under $1,400 a month? Our current lease is up in August so we’re on the hunt for new digs!

In the last 2 weeks since deciding to move forward with the foster-adoption process, I have. . .

More to come! I’m sort of playing catch up and trying not to spew out so much information at once. I hope all my knowledge – and trust me, I learn more about foster-adoption every day – will be helpful for other folks as well. It will be interesting to see how many folks I’ve educated and that also adopt from foster care.  If you’re thinking about it, let me know, OK?

This has been a big couple of weeks in the Fletcher home. Two weekends ago, we decided that, yes, it’s time to expand our family. With a human child. Or 2. (as opposed to another furbaby…)

As the first post in my newly revised blog into an Adoption Blog, I’m just going to post all the updates I made on my Facebook the past few weeks. 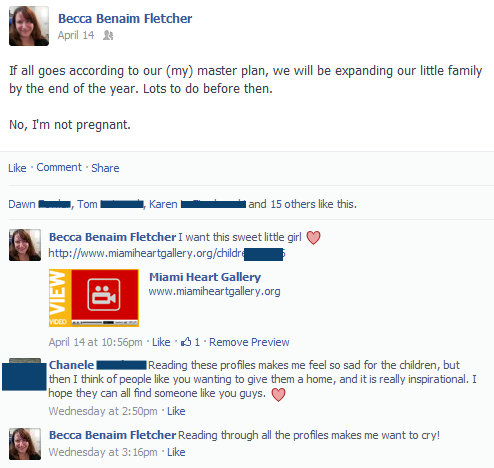 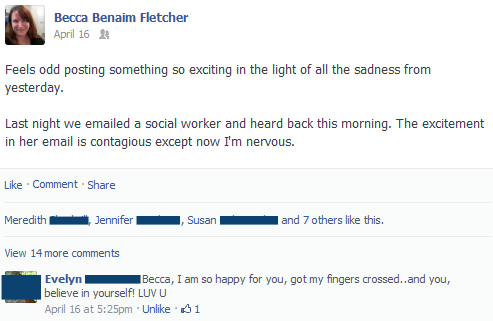 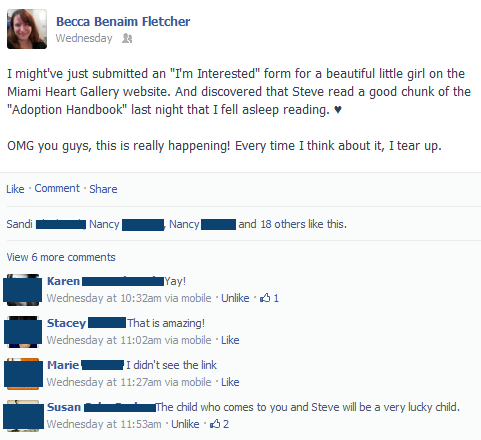 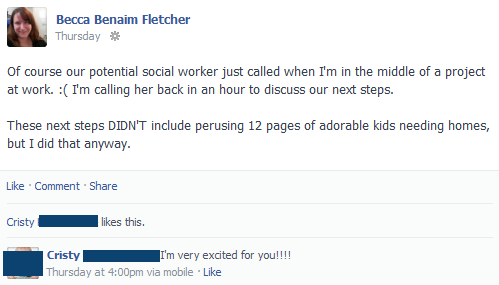 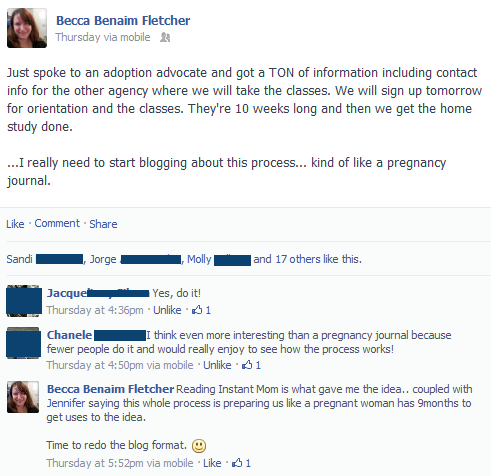 So there you have it. The facebook updates. Coming up will be my [extremely long] elevator speech about the children, the process, and everything else.

Having just spent the last 2 days at Wordcamp Miami, my passion is running super high for working for myself. Not to mention kicking butt. In my perfect life, RS Creative Solutions will run smoothly and earn us enough money for Steve to do law school and me to not have to work in corporate America.

In reality, I don’t have any consistent clients and don’t get paid for the bulk of the work I do… mostly bc I don’t ever bill for it. From now on, I need to set boundaries, create job scope/ specs, get down payments, have contracts signed all before I ever do a drop of design work.

I’ve been doing this long enough (15 years) that I can’t keep calling myself an amateur. I mean really, that doesn’t help with my design-esteem. Yeah, that’s like self-esteem but for my design work.

I found two somewhat mentors willing to help me with my business and was told that I really need to get to more events in the industry. I was also told our URL was too long. So I bought a shorter one: RS Creates

Now to implement my perfect life.