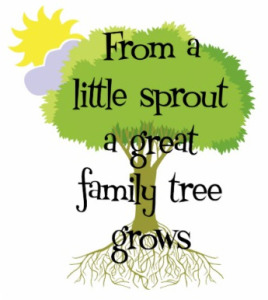 I know it’s been well over a month since my last entry, but there is literally nothing to report. We are completely stalled and haven’t had a response to the many emails I have sent to our case worker. It would appear that we are not unique in this either. Of the other classmates from our PRIDE class, only 1 couple has a completed home study and only bc they had extenuating circumstances and already had a child identified. All the others, from the informal survey myself and another classmate completed, no one else is even close. Not even the potential foster parents which surprised me.

We graduated on September 10th and were told they had to be completed by December 10th. Hi, it’s December 16th. We haven’t heard a peep since November 20th when I received an email about an adoption picnic event. From the get go, it’s been very difficult to get in contact with almost anyone from our agency. We’ve actually looked into switching agencies in the hopes of completing our home study faster, but it seems like they are all pretty slow. Joining and attending the association meeting is pretty eye opening. We’ve learned a lot about the process talking to other families.

I’ve had so much more luck talking to my friends at Our Kids than hearing a peep from our own agency. No, I take that back. I was called a couple weeks back by one of our awesome PRIDE instructors asking about placing a child with us. Unfortunately, he was way far out of our criteria and also not having a home study, we couldn’t have accepted him no matter what.

This whole process is just extremely frustrating and painful. I know that one day we will have our little one in our family. But until then, I am struggling. And with every new post about my friend’s pregnancies, my heart breaks a little bit more. Don’t get me wrong, I am beyond excited for every single one of them, but it still breaks my heart that they will all likely have their babes before we have ours. Even the ones that just announced in the past week.

Having an inordinate amount of stress at work isn’t helping either. I am currently wrapping up the largest event of the year that we’ve been working on for months. And come January, I am taking a new job. In being fair, I’ve given my boss the opportunity to meet the salary of my new job, but it has an expiration date on it.

Plus, we were really really hoping to have a child in our home – or at least going through the visits – by Christmas/ New Year’s.

To the person/people that read every single post in my blog on December 5-6, I am in awe. There is so much that I’ve written over the years that I’ve even forgotten most of it. Hope you enjoyed it!